The AK High Aspect Foil1600 is an intermediate to advanced rider configuration featuring high aspect wings specifically for pumping, and riders over 80kg / 200LBS. The high aspect ratio front wing with constant arc provides the perfect balance between speed and maneuverability when pumping, while the rear Anhedral High Speed Wing maintains control when carving in the surf.

STEALTH FUSELAGE
The unique Stealth Fuselage absolutely minimizes drag while maximizing stiffness, while the flow dynamics minimize any oscillation you would find in a round fuselage, resulting in increased stability.

1600CM2 FRONT WING
The 1600cm2 anhedral elliptical wingtips are swept down for directional stability, while the delta shape maintains the key lift area in the center of the wing underneath the rider. 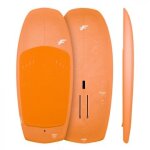 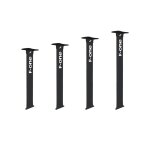 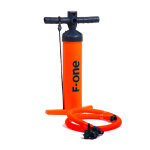